Looking back at the nostalgic classics throughout the 90’s, many will remember the thoughts of just how good the games really looked, how realistic facial expressions and hair physics were, and how it captured the imagination of many a young mind.

When we revisit those same games now, we see a series of squares and triangles, and wonder just how it was you were able to imagine those as a realistic figure. Gaming tech has developed extremely quickly – in two decades we’ve moved from those basic squares, into highly detailed environments, and motion capture has brought realism on a level not really seen before in the niche.

A prime example of just how far technology has come in such a short time, is to look at the reimagining of the classic Final Fantasy VII. This really pushed the form that many RPG games would take – it serves as a perfect example of a game evolving from rudimentary shapes, with well-crafted environmental stills as a backdrop, into a game with quite often flawless realism and a seamless transition from gameplay into cutscene.

That seamless transition is where we find the biggest difference in what is becoming a future in hyper realistic gaming. In prior years, cinematic content would be fully animated outside of the game engine and played as a short clip, before returning to the gameplay. Whilst this is still somewhat true, many modern titles rely on the game engine to render in very much the same way, just at a slight increased fidelity.

Many are now looking forward to upcoming releases in titles such as Cyberpunk 2077, which are poised to boast a similar level of realism in a universe filled with bright and vibrant colours. This will provide stark contrasts, and create an environment which is both relatable, but also farfetched.

It’s important to note that both examples of these games are to be released on the current gen consoles – the Xbox One and the PlayStation 4 – which are already being pushed to their limits in terms of what the hardware can handle. The newest offerings which are set to come during the holiday season are the next frontier, with increased framerates (doubling that which consoles operate on now) and newer hardware. If we’re being given examples of what current hardware is able to do, then it does build a lot of excitement for what may be possible in the next generation, as we take leaps into realistic graphical generation.

This also leads into the future of what gaming will become – VR. Virtual reality platforms are growing in popularity, and the hardware that powers it is developing at an alarming rate. Whilst games that are specifically designed with VR in mind don’t have the high fidelity that many of these modern titles do, it is possible to ‘stream’ the games to VR headsets in order to replicate some of the experience.

A different direction toward realism and the advancing physics is also being taken. Popular titles, such as Breath Of The Wild on the Nintendo Switch, have shown an alternative that has just as powerful an effect. As time moves on, the games that look incredible to us now may follow the same path as the predecessors, as newer methods increasingly make the older ones look aged and tired. Titles such as BOTW are a good example – the art style with simple shading, but beautiful and vibrant colours, may be the style that stands the test of time. Two approaches taken in different directions but arriving at the same destination – a game that looks incredible for very much the same reasons but executed in a slightly different way. 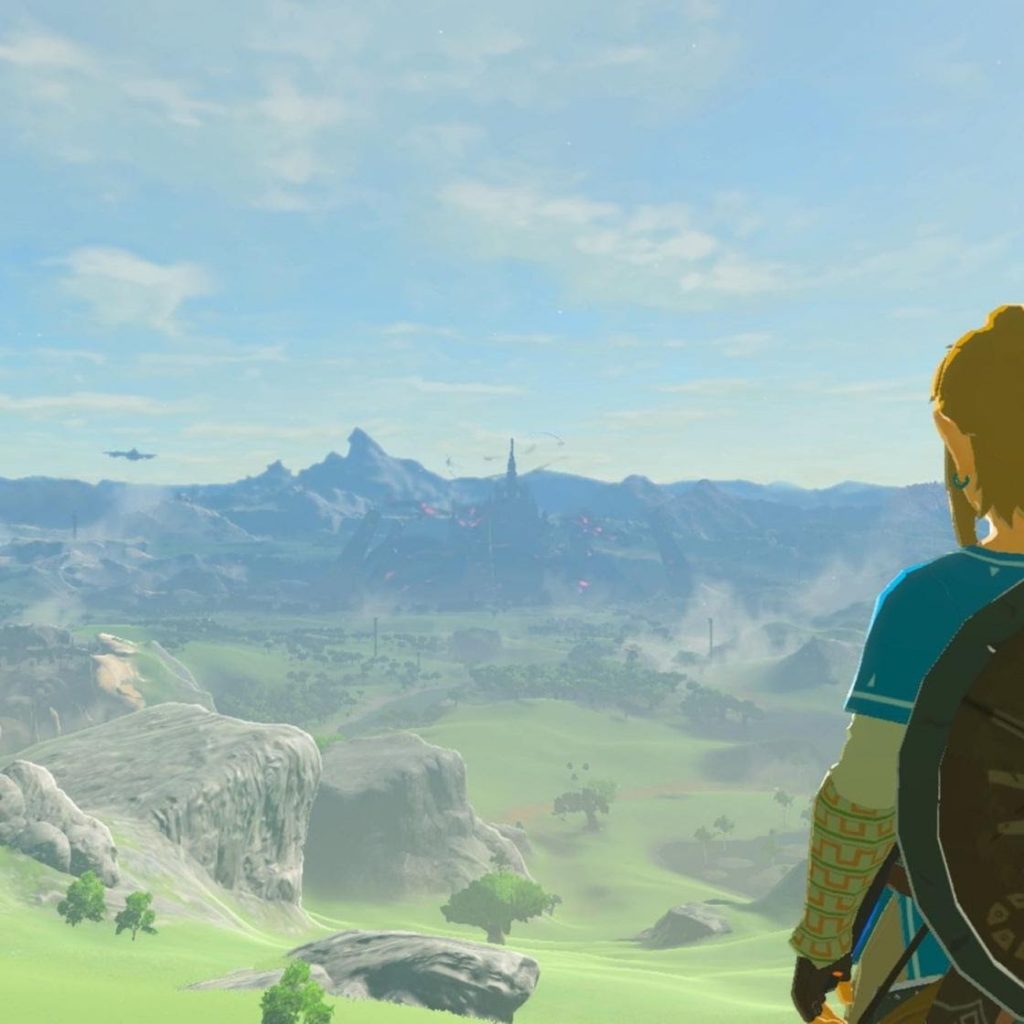 As of now, however, this only really captures an enthusiast market as the rise in casual and hyper-casual gaming has taken hold. Mobile gaming is taking over as the demographic shifts away from young males, and into older females. There has been a widespread popularity surge from those in places such the US and Canada, in casino games that can help Canadians win real money – they’ve started finding a much wider and increasing demand in audience. These smaller hyper-casual games are drawing a huge round of investor interest and have also begun to shape the way even our triple A games are developed as microtransactions.

Furthermore, early alpha and incomplete games are shipped due to tightening schedules and reduced budgets. We may begin to see a change here too however, as our smartphones receive more powerful hardware each year, increases to battery life continue, and the gaming market on the devices continues to grow. We’ve already seen some larger names in the market providing mobile offerings, such as Fortnite and PUBG, and so we may see others follow suit.

It’s an exciting future for gaming – the technology is evolving extremely quickly, and the limits of the hardware are really being pushed to show the enthusiasts what is possible. A close eye will be placed upon many of the upcoming titles to see how they’re shaping up against some of the recent releases. Enthusiasts are looking forward to the future, as the first visions of what the newest consoles are able to do upon launch become more prevalent. It is certain though, hyperrealism is at the forefront of what gaming is offering – the gap between cinematic cutscene and live gameplay is closing quickly, meaning the future of gaming is looking very bright for those who are eager to delve into the worlds that are being created.

READ  State Of Decay 2 Is Coming To Steam Next Year!

Fortnite V Bucks Generator- Everything You Need to Know About Them

Is your home ready for winter? Here’s your fall checklist to prepare your home...

mindmingles - June 9, 2021 0
Is your home ready for everything that comes with the cold months? If you’re hesitating to give an answer, the answer is most likely...

How Much Pool Chemicals is Safe to Use?

mindmingles - June 4, 2021 0
Keeping your pool clean and safe will mean you have to commit to a maintenance routine. And for new pool owners, it could be...

lostvirtualtour.com is a participant in the Amazon Services LLC Associates Program, an affiliate advertising program designed to provide a means for sites to earn advertising fees by advertising and linking to Amazon.com.

We will only ever link to Amazon products that we think our visitors may be interested in and appreciate learning more about. lostvirtualtour.com is a participant in the Amazon Services LLC Associates Program, an affiliate advertising program designed to provide a means for sites to earn advertising fees by advertising and linking to Amazon.com.

We will only ever link to Amazon products that we think our visitors may be interested in and appreciate learning more about.

Step by step guide on how to play online slots

State Of Decay 2 Is Coming To Steam Next Year!